Beginning in the morning, the students applied face paint and dressed up in costumes as they pleased, then “earnestly” attended classes.

Then, in the afternoon, students visited a nearby nursery school where they had a good time handing out Halloween stickers of Yama-Me, the Yamaguchi University mascot, and playing tag.

While there were some kids that cried when they saw the students dressed up as zombies and the like, other children said “I’m not afraid, let’s get them!” as they chased after them. Everyone had a great time, as the students seemed to have reverted to how they used to be when they were young children.

Once all the classes were finished, next it was time for the costume contest!

It was such an impressive line-up of entrants that we had an extremely hard time choosing a winner!!!

This spectacle was covered by the news not only in Yamaguchi Prefecture, but in Kyushu as well, before ultimately making its way into the national news!!!

Next year, 100 international students will come to join the Faculty of Global and Science Studies.

What sort of Halloween will we have then, we wonder!? 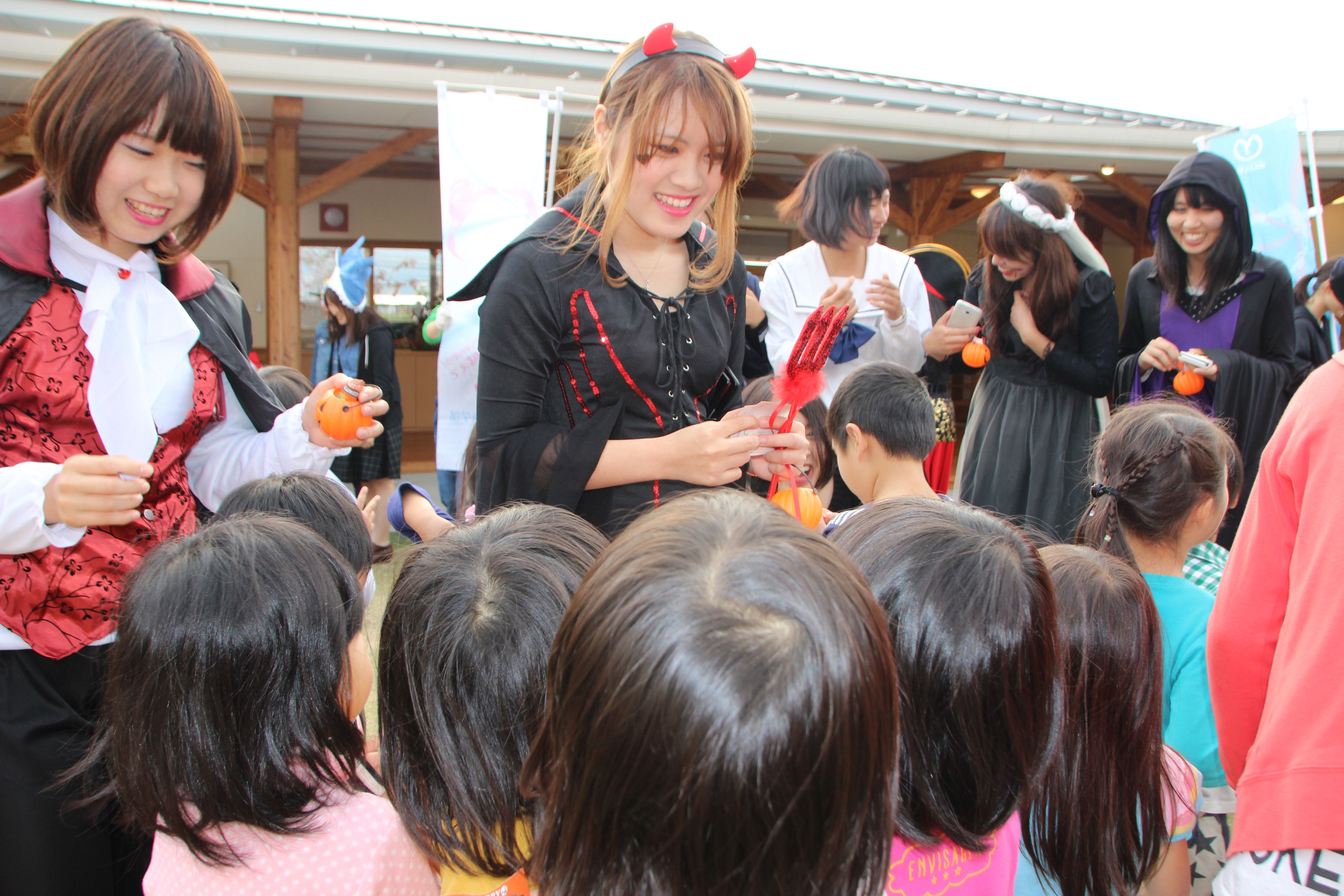